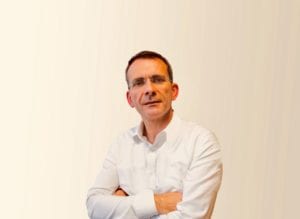 Paris, October 8, 2020 – Forsee Power, a major player in the electromobility sector in Europe and around the world, announces the appointment of Pierre Lahutte to its Supervisory Board.

“I am delighted with the appointment of Pierre Lahutte to the Supervisory Board. In recent years, Forsee Power has become a benchmark in the bus and light mobility markets and our ambition is now to accelerate our development in the so-called “off highway” mobilities. Pierre’s expertise and experience in industrial, agricultural and construction vehicles will be real assets in conquering these new markets whose growth promises to be exceptional ” said Christophe Gurtner, Chairman and CEO of Forsee Power.

Aged 48 and with more than 20 years of experience in agricultural vehicles, buses, trucks within the companies CNH, IVECO and New Holland, Pierre Lahutte was President of the IVECO brand was until 2019, responsible for bus & trucks activities (9 billion euros turnover). For this same entity, he participated in the development of alternative engines, but also for New Holland, the famous brand of agricultural equipment.

In June 2020, he was appointed Chief Strategy & Development Officer of Navya, the French leader in autonomous driving systems, before joining the Supervisory Board of Forsee Power on October 8, 2020.

“It is with great pleasure that I join the Supervisory Board of Forsee Power, which, in recent years, has established itself as the European leader in battery systems for vehicles other than cars, particularly for commercial and rail vehicles. Today, public works and agricultural equipment are electrifying rapidly, and I will endeavor to support the development of Forsee Power in these new, very promising sectors” said Pierre Lahutte.

Pierre Lahutte is a Reserve Officer of the Armored Cavalry Arms in Saumur, France. He holds a master’s in marketing and Management from NEOMA Business School in Rouen and an MBA from the University of Massachusetts at Amherst. He speaks 7 languages ​​fluently after a great international career on 5 continents (South America, North America, Asia, Africa, Europe).

Forsee Power is an industrial group specializing in smart battery systems for sustainable electric transport (LEV, trucks, buses, trains, marine vessels).
A major player in Europe, Asia, and North America the Group designs, assembles and supplies energy management systems based on the most robust cells available on the market as well as provides installation, commissioning and on-site or remote maintenance.