A total of 2,400 buses will be equipped by the European battery leader in 18 months.

A pioneer in smart battery systems
Since its creation, Forsee Power has constantly been innovating to enable its customers to accelerate their transition to zero emission solutions. The Group has thus distinguished itself as a pioneer in the production of complex battery systems, supplying the first 100% electric buses in England in 2012 (Wrightbus), in North America in 2013 and in Europe in 2014 with Iveco/Heuliez.

Forsee Power has 160 engineers in its three R&D hubs in France and China, mastering a wide range of lithiumion technologies such as NMC, LTO, LFP, NCA and LiCap. The Group houses all the skills required for the technological control, design and manufacturing of its battery packs. This expertise enables Forsee Power to offer a complete range of battery systems, from high energy to high power, to meet the needs of depot charging, fast charging, opportunity charging or in combination with a fuel cell.

In addition, the R&D teams in France and China have developed systems with various formats to adapt to existing chassis as well as to new electric vehicle models. In 2021, Forsee Power launched its ZEN Slim range of modular batteries, the world’s thinnest, offering four models with energy densities ranging from 8 to 21 kWh.

1,200 buses powered by Forsee Power’s durable and competitive smart batteries
Over the past ten years, the Group has developed strong relationships with its customers, including Iveco Heuliez, which has just renewed its contract, Wrightbus, one of the leaders in the United Kingdom, and Caetanobus, the leader in Southern Europe.

Forsee Power’s battery systems provide both performance and durability, for an optimal Total Cost of Ownership for transport operators. Thanks to an unrivalled range of innovative services (financing, turnkey projects, second life), Forsee Power has been able to stand out in a fast-growing market and lay the foundations for its expansion.

A production capacity of 10 GWh to support a booming market
Forsee Power Group has developed its industrial footprint to support the rise of electromobility and meet the regulatory frameworks of local subsidy programmes. The manufacturing sites in Europe (France and Poland) and Asia (China and India) host automated battery assembly lines whose production capacity – currently 1 GWh – will reach 10 GWh in 2027 to meet the growing demand for electrification of heavy and light vehicles. This capacity includes the production site in the United States, the location of which will be announced in the coming months and will be operational by the end of the year.

“The manufacture of the 1,200th battery system for electric buses is a symbolic milestone for Forsee Power, which was founded ten years ago when the market was not yet established in Europe. Today we offer a sustainable, highly diversified and mature battery range to decarbonize public transport at a more competitive cost than a diesel alternative. Cities and governments have understood this and we will produce the next 1,200 systems over the next 12 to 18 months. These figures show the acceleration of the market in which we are now the leader in Europe with the ambition to become a major player in North America.” stated Christophe Gurtner, Chairman and CEO of Forsee Power.

By locating the manufacturing of its batteries as close as possible to its customers’ assembly plants, Forsee Power significantly reduces the carbon footprint associated with transport and limits costs and delivery times. The production sites also provide battery maintenance services, in addition to remote diagnostic devices. 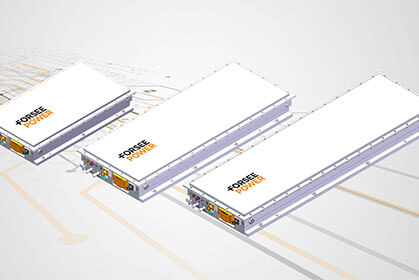 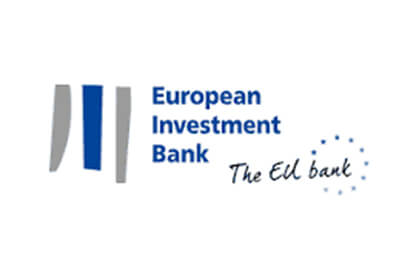 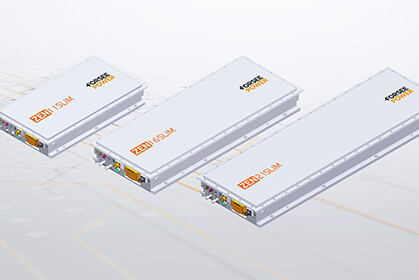 © - Wszelkie prawa zastrzeżone - Made by 4Beez - Agence de communication -
We use cookies on our website to give you the most relevant experience by remembering your preferences and repeat visits. By clicking “Accept”, you consent to the use of ALL the cookies.
Cookie settingsACCEPT
Manage consent

This website uses cookies to improve your experience while you navigate through the website. Out of these, the cookies that are categorized as necessary are stored on your browser as they are essential for the working of basic functionalities of the website. We also use third-party cookies that help us analyze and understand how you use this website. These cookies will be stored in your browser only with your consent. You also have the option to opt-out of these cookies. But opting out of some of these cookies may affect your browsing experience.
SAVE & ACCEPT
Powered by